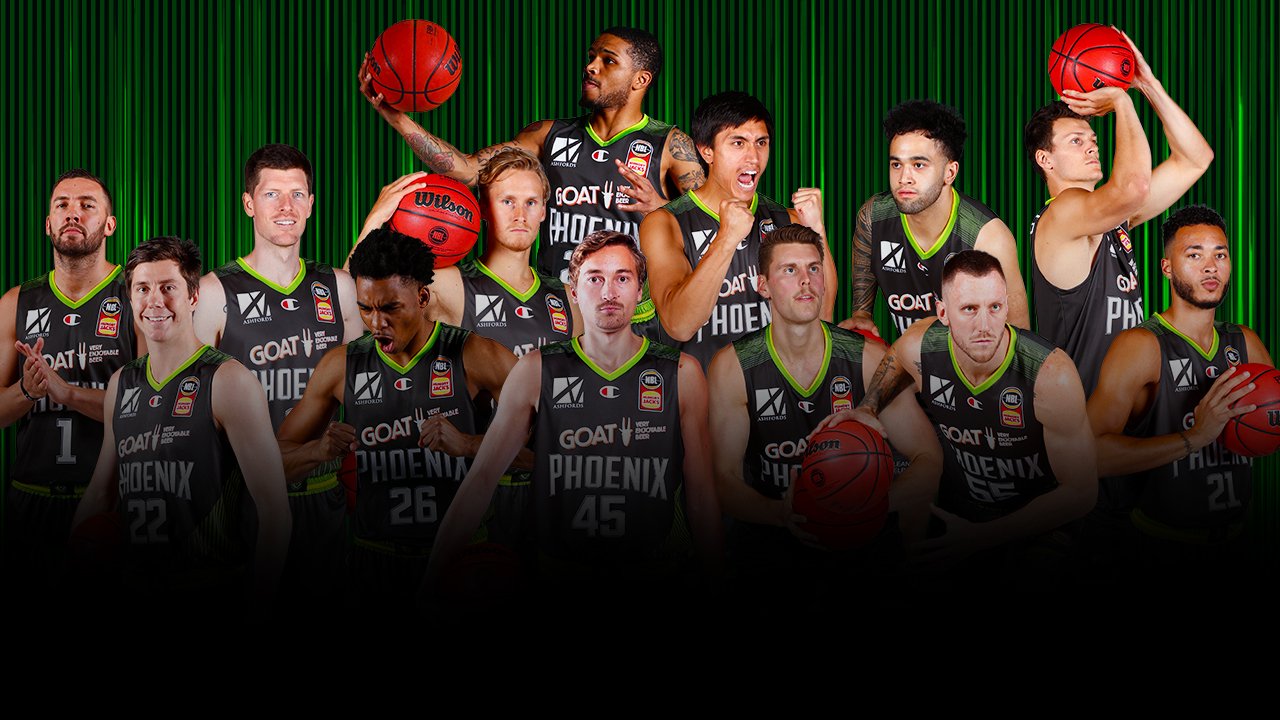 We are the South East Melbourne Phoenix, risen from the ashes to represent this proud basketball region. Our colours are grey and green - grey representing the ashes of basketball’s past in the heartland, and green signifying re-birth.

Our logo is the mythical Phoenix, a bird reborn from fire, that rises from the ashes to soar once again. Too long without an NBL team, South East Melbourne, Australia’s basketball heartland, suffered. The most knowledgeable, dedicated and passionate basketball fans in Australia looked to the NBL and failed to see themselves. To see their community, with its rich history, represented. It is a region dotted with 16 basketball associations, a cohort that makes up 25% of Australia’s registered basketballers.

We stand on the shoulders of those members and communities, as we strive for championship glory. We not only represent these proud, hardworking communities, we strive to be more than just representatives. We strive to be a part of these communities, by embodying their work ethic and approach to life in everything we do. In year one we rose up, in year two we will continue to rise and set the NBL alight.

WHAT WE STAND FOR

We aim to embrace and embed ourselves in the community and create a meaningful impact as we strive to make a difference, on and off the court. We are straight talkers and operate with integrity and professionalism. We say what we do, and do what we say. Respect is at our core. Respect for the game, respect for our fans and respect for each other.

We seek out and embrace innovation and growth, key pillars in our quest to remain sustainable for generations to come. We are passionate about our club and strive for success, but how we achieve is as important as what we achieve. Our success is driven by hard work, commitment and connection. A connection to the community, to our fans and to basketball as a whole. We don’t want just fans, we want fanatics.

We came into being as a basketball team, and strive to bring a championship to the south-east, but our purpose is far greater than wins and losses. We want to be a visible, contributing part of our community. We are a platform that can help create change in the community. Our club was formed in September 2018, as the ninth franchise in the NBL.

With a groundswell of support from the passionate basketball community in South East Melbourne, the Phoenix appointed Simon Mitchell as inaugural head coach and superstar Mitch Creek as the inaugural marquee signing and captain.

We entered the league in the 2019-20 season and started with a bang, defeating cross-town rivals Melbourne United in front of a packed-out Melbourne Arena 91-88 in our first NBL game.

The following week, a record NBL home-debut crowd witnessed the Phoenix take down the Brisbane Bullets and officially tip off a new era in the Heartland of Australian basketball.

We became the first NBL franchise in history to win their first three games and recorded the highest first-year average attendance for a brand-new franchise.

Mitch Creek was named Phoenix MVP for the 2019-20 season and John Roberson broke the NBL 40-minute era record for three-pointers made.

The 2020-21 NBL season will see a revamped Phoenix outfit attack their second year looking for a maiden finals berth. (The support of our members means everything to the Phoenix.)